Motherhood is the most glorious gift, and also the greatest responsibility in any given moment of my day. I treasure these precious days; through all the messy spills, the afternoon meltdowns, the sweet early morning cuddles and the most beautiful (though often sticky) expressions of my children’s love. In these busy days of travel and transitions, I am so grateful that the Lord reminded me this past week that no matter where I am, or what I am doing, I am called to lead my children to Jesus. 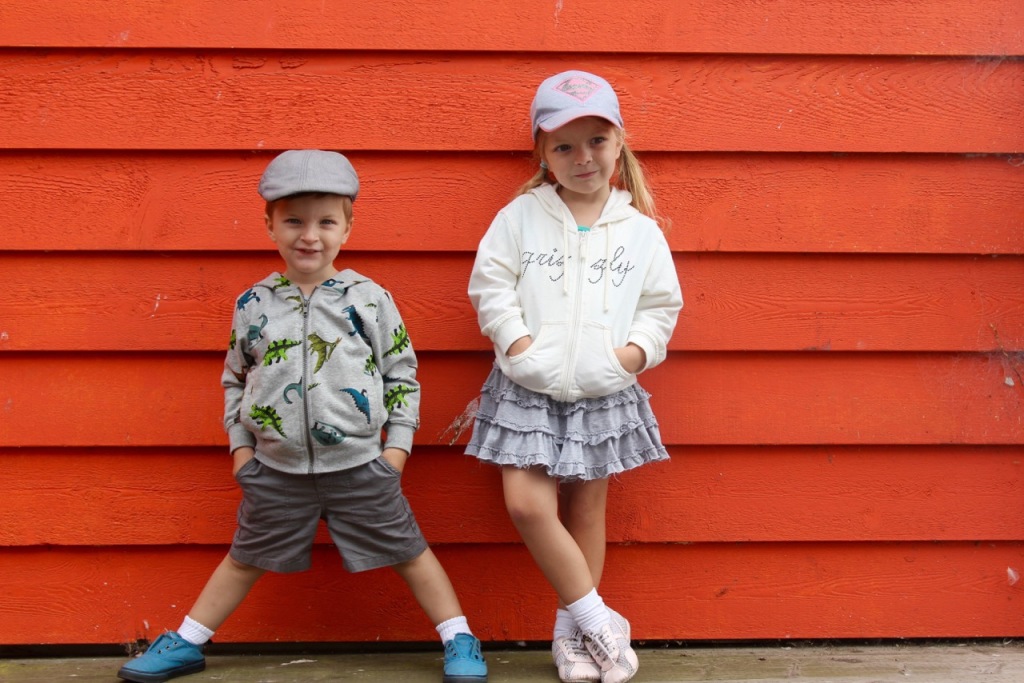 It has been 2 months since we left the routine of our little home in a village, on the island of Palawan. I did not realize just how hard it would be on us all to find our new normal. There, we had our little nightly routine and the kids were nearly always in bed asleep by 7.30pm. Here, not so much. One of the things I loved about putting Izzy and Judah to bed there, was the time we had together as they would lay in bed. Judah would always want a snuggle, whereas Izzy would say, “Mama, let’s chat.” And, we would talk about everything and anything. I often noted that they were most open to me during this time. If there was something I needed to talk to them about, this was the time. It was also the time to listen, as they struggled to make sense of things and run the day, play by play, through their little minds. It was a time of hearts connecting, for the four of us. Then we would  pray together and Izzy would often pray for those in the village who were sick, or that her friends there would have enough food and clothes. I would say Amen, kiss her goodnight and zip her mosquito net closed for another night.

These days, their bedtime is often late and I have, at times, been more concerned about them getting enough hours of sleep, than I am about our time together to chat and snuggle. (sigh). Then last week, Izzy had a very different prayer request, which took me by surprise and I gave a response which I now wish I could take back. Here is a little glimpse into how the Lord has been reminding me in the past week or so, of the greatest calling we have as a mother; leading our little ones (and our not so little ones) to Jesus. 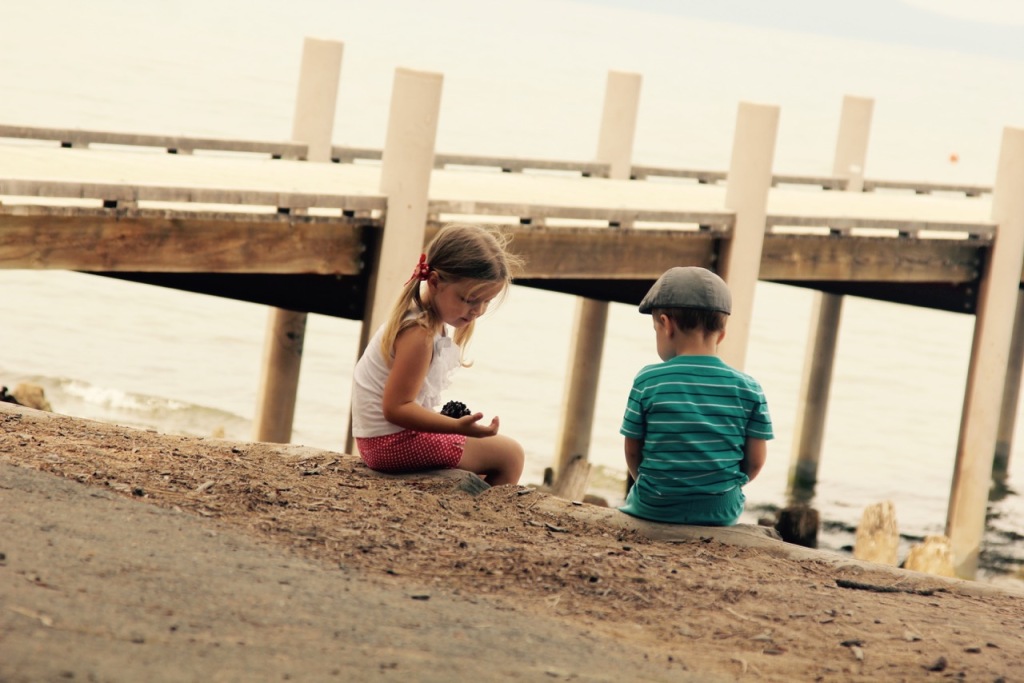 I was putting Izzy to bed, (late again one night), when I asked her, as per usual, “What should we talk to Jesus about tonight?” She replied instantly,”I know Mama. I am going to ask Jesus for, a magic wand!”

Honestly friends, I was just a little bit horrified. I grew up not even talking about magic wands, never mind praying for one! But, truth be told, there was more going on in my head in those seconds, that had a bigger influence on my response to her request. I am not proud of the thoughts, but this is exactly what I was thinking:

And yes, a woman’s mind is able to think those different thoughts in thirty seconds.

I told her very firmly and clearly what I thought about magic wands, reminded her of the greater things we should be praying for and told her I didn’t want to hear her say such a thing again. (In my mind covering all the basis of my above fears and concerns.) She dropped her eyes, nodded her head, changed her tone of voice from excitement to seriousness and repeated a prayer I am pretty sure I have heard her say before. We said Amen, I  kissed her goodnight and I watched her cuddle up next to her monkey. I closed the door and didn’t think a thing of it. That is, until the next night.

We were invited over to dinner at Pastor Mike and Sandy Garman’s house. Izzy and Judah have always  called her “Ate Mango” because she buys them mangoes, which they miss so much from the Philippines. This particular night, however, she apologized that she was not able to get any mangoes, but she had bought them each a little present instead. She handed them both two bags, almost the size of them, with ribbons and bows and everything attached. Judah was into his right away and pulling out books and crayons with great joy. Izzy set hers on the floor and carefully opened it up, also taking out new books and goodies. Then, she put her hand to the very bottom of the bag and pulled something out. It was a glow stick. Sandy took it out of the wrapper for her and it came with a star to put on top. As Sandy put the star on top of the stick, Izzy’s eyes grew round as saucers. She whipped it around in front of me, holding it high, jumping up and down singing,” I have a magic wand, I have a magic wand! Mama look, Jesus did hear me!”

Friends, I have never been as quiet in my whole life. It was like everything stopped for a moment and those words I had spoken with such conviction, just a few nights before, came crashing into my thoughts, as I watched my little girl jump in glee with a stick that looked awfully like a magic wand (and which even glowed) in her hand.  I knew she was so happy to get a “wand” but I knew she was also believing in that moment as she twirled and sang, that Jesus hears her, even when the prayers are not spoken out loud, He hears her little four year old heart.

My friend, Sandy, who knew nothing of the almost prayer request, looked over at me, puzzled by our reactions. While Izzy continued to do a happy dance, I continued to be quiet, staring down so many moments in her almost five year old lifetime that I wish I could go back to. How many times, Lord, I thought, have I worried about the reactions of others to her (or really to me) instead of leading her to You? How many times have I coasted through making decisions, and given quick responses, based on what everybody else does and says rather than asking You for wisdom? How many times, Lord, have I shown her a form of religion, instead of leading her to You, in grace and truth?

My heart ached to see my own shallowness, my own weaknesses and how my concerns over what others may think of my child, (a missionary child!) took precedence over a moment to share with her that Jesus knows all about us, loves us, cares for us and loves it when when talk to Him about everything. I saw in myself the stressed, worried and narrow-minded thinking of the disciples in Luke 18, who rebuked those who were bringing children to Jesus. I love the gracious and tender response of our dear Lord Jesus, as I see in my mind’s eye, a hillside of noisy, running, happy children coming His way.

Luke 18:14 “But Jesus said, Suffer little children, and forbid them not, to come unto Me: for of such is the kingdom of Heaven.”

It wasn’t lost on me, either, when I noticed  the verses leading up to this verse, are about the Pharisee and the tax collector. One was praying prideful words, trusting in himself to impress all those around who could hear, while the sinful tax collector was in the corner, breathing out whispers from a humble and broken heart, trusting only in the grace and mercy of a loving God. I know which heart I long to see in my children. Not for them to come to Jesus, trusting in themselves, or in their proper words, tones and expressions. No, I long for them to come to Jesus, believing He loves them, cares for them, listens to them and, in His grace and mercy, He responds to them as they come trusting in Him. We do not receive His mercy because we are good, not because we are missionaries, or missionary kids. We deserve nothing! Yet, Jesus gave us everything; He gave Himself and changed our lives for all eternity. 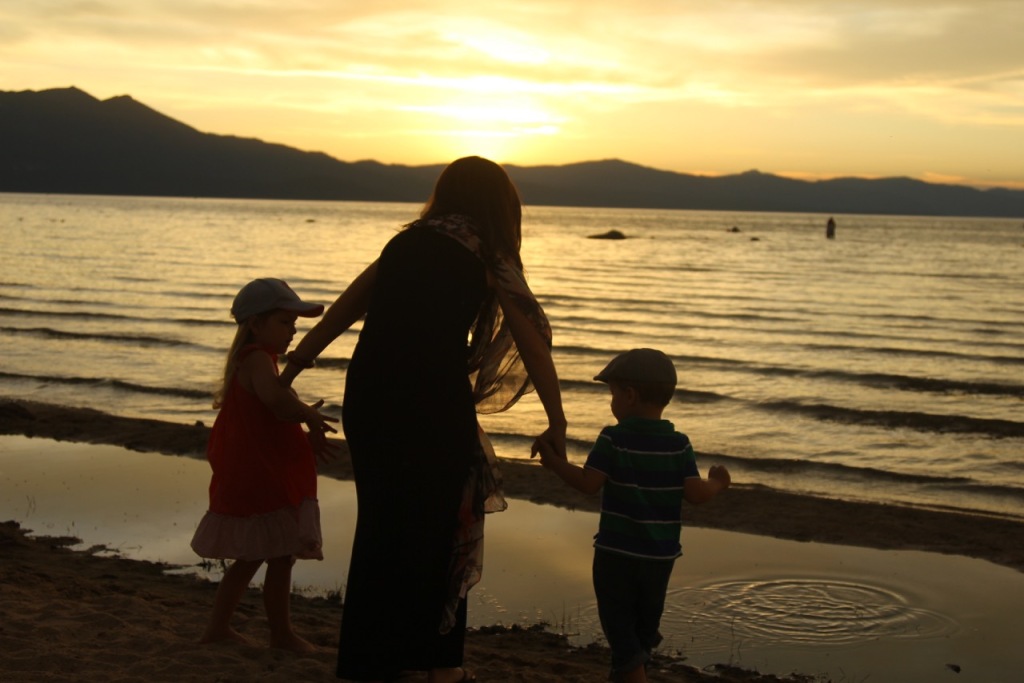 “Listen earnestly to anything your children want to tell you, no matter what. If you don’t listen eagerly to the little stuff when they are little, they won’t tell you the big stuff when they are big, because to them, all of it has always been big stuff.”    – Catherine M. Wallace

This quote about motherhood came back to me the other night, as I was thinking over these things, and I realized this is how it is for our little ones as they come to Jesus in prayer. I want to be a mother that encourages them to earnestly share their little world with Jesus now, trusting that as they grow, experience more of life, and grow in the knowledge of God’s Word; that Jesus will become more and more of their world.

That night, after we returned from Pastor Mike and Sandy’s house, Izzy and I chatted together in her bed. She held her “wand” in her hand and we talked about how we can pray to Jesus and talk to Him about everything.  She fell asleep treasuring a truth she couldn’t express, but was believing with eyes that had fully observed, Jesus wants our heart, before our words.

This weekend, as we drove home in the car after a wonderful few days at Lake Tahoe, Izzy and Judah sang at the top of their lungs. It was a random, out of tune, glorious song from their hearts, on the character of God and His love for them. There was no tone of religion; it was a song of pure grace. As I listened, smiling over at Danny, from the front seat, my eyes teared up and I thanked God with all my heart for His grace to me. Grace given daily, despite my failures and my weaknesses as a mother, a wife, a missionary and a friend. He cares for me and answers prayers I can barely whisper. He knows the desires of my heart and He leads me on in His gentle grace and with holy truth.

Interestingly, there has been very little mention of magic wands around the house since then, but there have been lots of songs such as these.

“God you are so massive! You do not need a bed, because you never sleep. You love us always. You are so big, up, up, up in the sky and with me. You made the mountains that are so pretty and the little birds sing to you saying, “I love you God.” You are so massive. You are everywhere and you love me and Judah and me….and Judah….and me…(x40!)”  Izzy’s song.

And, right here in the middle of our messy, out of routine, traveling days my little ones are catching glimpses of grace and learning about our great and glorious God; and gratefully, so am I. 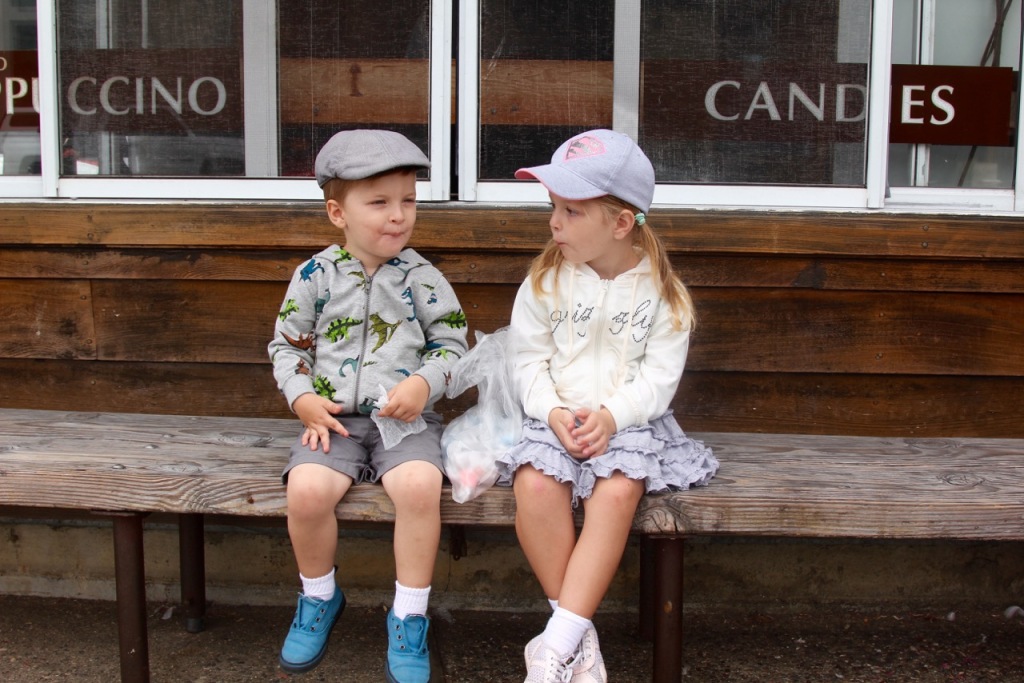 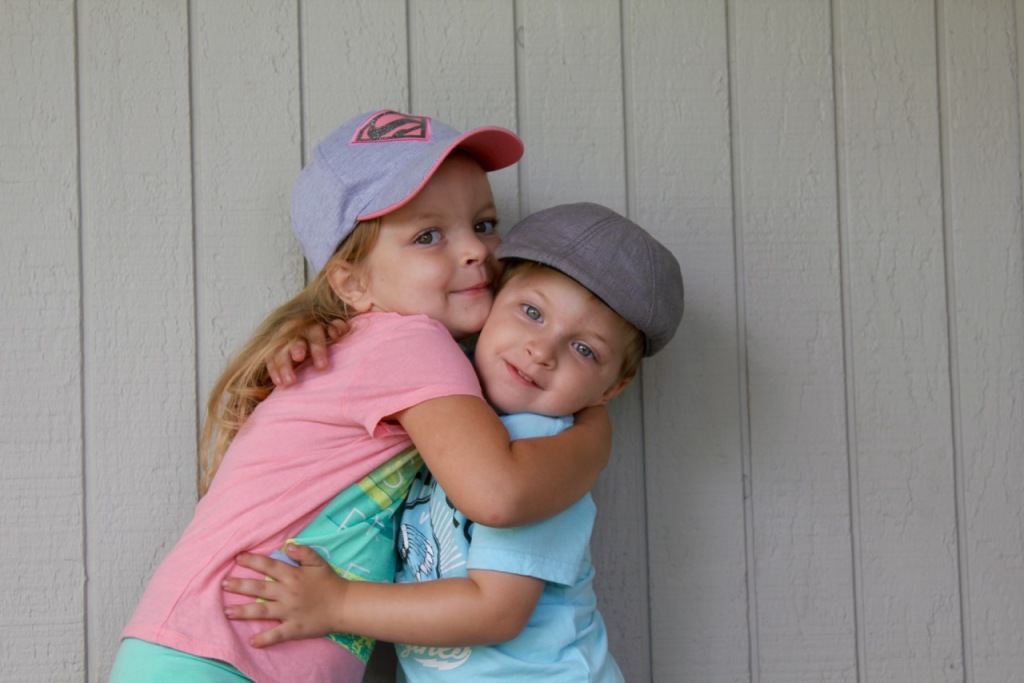 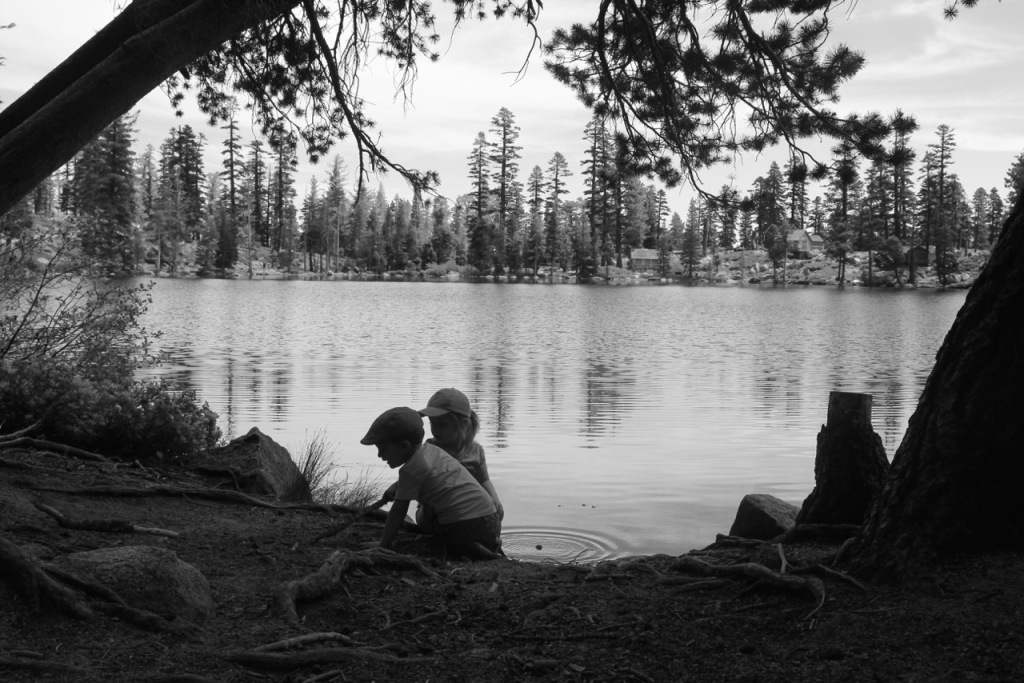 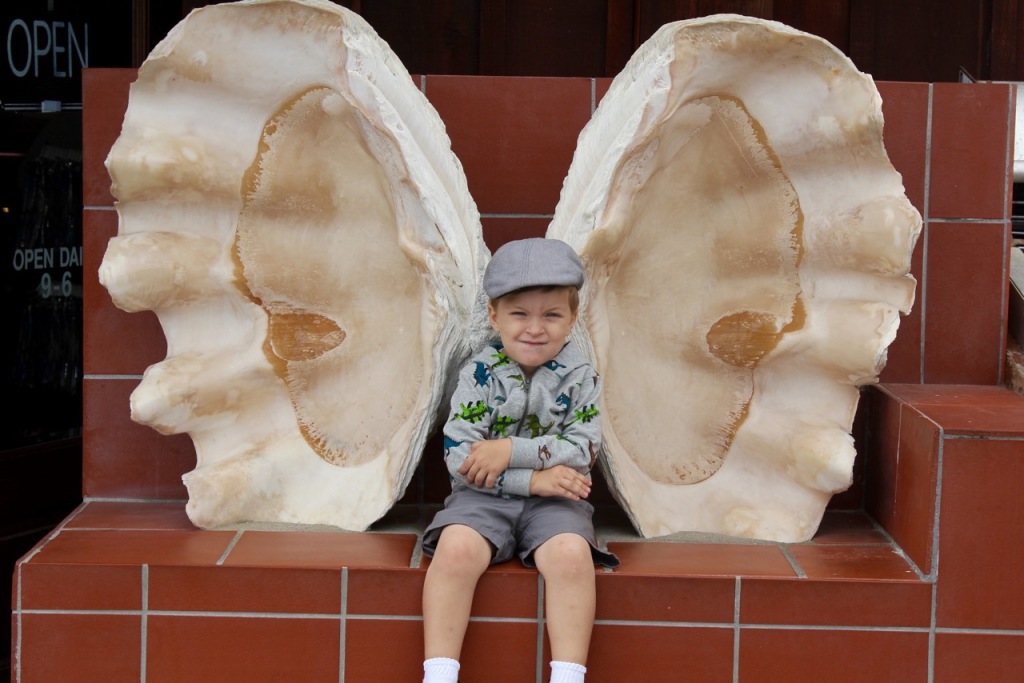 6 thoughts on “Teaching to Come or to Conform?”

Isabela and Judah ~ the British version. 🥰
We are home to N.Ireland and I am at a loss for words to explain what this means to me at this time.
The time has come! We are all checked in and waiting to board.
See that mountain they are looking out at? Their Daddy climbed it a few years ago. It’s called Half Dome in Yosemite National Park and if you google it you will know it is no small feat.
First day of a new school year 2021/2022.
If all you see of our lives these days are my Instagram posts, then you would think we are over here with a milestone day everyday! The last 6 posts are a celebration of some sort or a life change!